THE TIMES: Brand new way to reflect a firm’s strategy 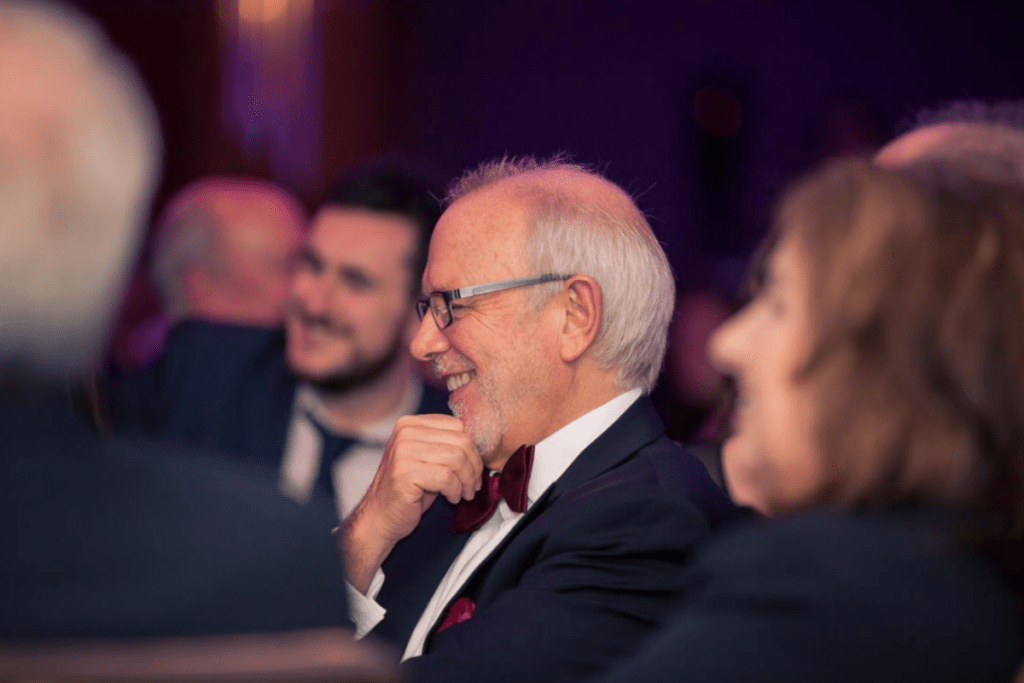 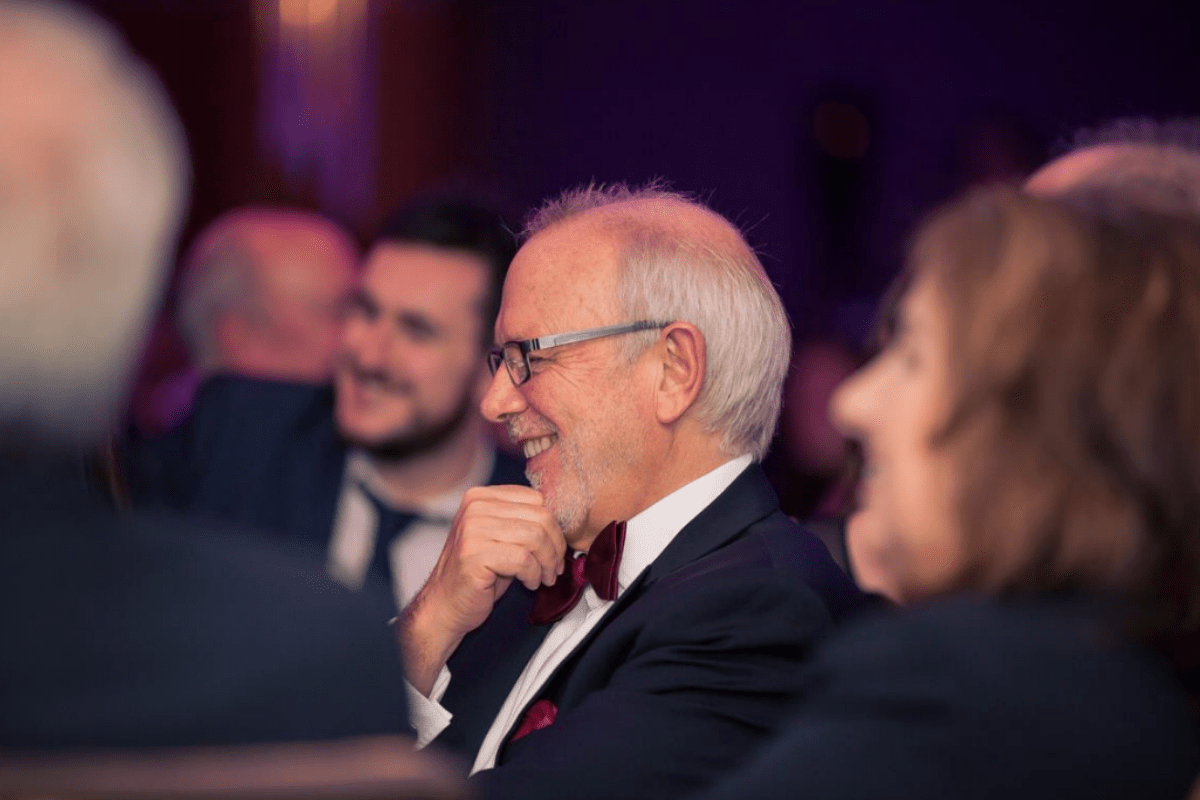 In an era of multimedia and mass communication, it seems absurd that until 1985 there was a blanket ban on solicitors in Scotland advertising their wares. This was based on a belief that advertising “diluted the relationship of trust between solicitor and client by suggesting that the relationship was one from which a solicitor would gain” (perish the thought) and was “precluded by a solicitor’s wider duty to the public”

Although the ban was lifted in 1985 and relaxed several times subsequently, a sense of reticence to shout loud seems to persist among elements of the profession in Scotland..

“I think, unquestionably, that history held the Scottish legal sector back. Any form of promotion was a dirty word and the culture persisted in many areas long after the ban was lifted,” says John Denholm, co-founder of the Leith Agency and now chairman of Denholm Associates.

“Marketing and brand strategy was regarded with suspicion until relatively recently. Its exponents were people you should keep in the basement who weren’t central to company strategy.”

Times have changed, says Denholm, but perhaps not that much. “The importance of a powerful brand is now understood among established law firms; whether a brand plays a central role in a company is more debatable.”

“Often, lots of time goes into creating a nice logo, colour scheme and typeface, but a real brand is the image people carry around in their minds. That’s about quality service across the whole business.”

Denholm thinks that there are increasing opportunities for powerful indigenous Scottish legal brands as some of the strongest marques of the past disappear; McGrigors became part of Pinsent Masons in 2012, while Dundas & Wilson joined forces with CMS Cameron McKenna in 2014.

Philip Rodney, chairman of Burness Paull, one of those powerful indigenous brands (500 staff, 264 lawyers, 58 partners), agrees. “If you work across a large number of markets globally, you need a consistent brand and that can be quite anodyne,” he says.

“It’s different for a firm like us, embedded in the Scottish market; we can be more agile and have more ownership of the development of the brand — and show that we are intimate with the market, but at the same time have an international outlook.”

Mr Rodney thinks that a brand has to clearly reflect a firm’s strategy. “It’s about tone of voice, consistency of message, authenticity,” he says.

He stresses the need to reflect a firm’s vision, values and culture: “We had a go at our values seven to eight years ago and the management went into a huddle and cascaded them down. It didn’t work. When we did it again, we consulted every single person in the firm. Your values are your DNA, not your USP.

“Our values are focused on three key points: ‘we’ rather than ‘me’ and a sense of collective benefit; a culture of continuous and consistent improvement; and linked to that, always being future-facing and having real ambition.”

Catriona Watt, the partner at Anderson Strathern who led the 2015-16 rebranding with the creative agency Whitespace, agrees staff have to be signed up every step of the way.

Employees were fully involved, from the research stage to the launch, and were first to see the refreshed look — and they are “buying into it” very strongly, insists Watt.

Why did Anderson Strathern re-brand at all? “We needed to look again at the brand because the marketplace had changed greatly in the decade to 2015 and we had to examine our own voice and image within it,” says Watt.

“We wanted to answer the question ‘Why?’ Professional services firms had lots to say about what they did and how they did it. We tried to get underneath that: why do we come to work? Why should clients choose us?”

The exercise led to Anderson Strathern (rather than just AS) appearing on the brand, a subtle change of colour and design and a new slogan (“For where you want to be”), which aimed to reflect the aspirations of all the firm’s clients.

“We didn’t rebrand, we refreshed and revitalised the brand and spoke out clearly in the new marketplace,” says Watt.

Denholm thinks, 30 years on, that Scottish legal firms are starting to get it. “They seem to get now that branding is not about the superficial application of a marque; it’s about hard work, longevity and quality of service,” he says.

ARE YOU READY FOR THE HYBRID REVOLUTION? DOWNLOAD OUR GUIDE  TODAY.

Scott started his career working for one of the leading Advertising & Comms agencies in Edinburgh where he spent 7 years before moving in to recruitment in 2011. As such, he is well-networked in the Marketing & Comms space across Scotland. With a friendly and consultative approach, Scott is genuinely passionate about providing a positive journey to both candidates and clients alike and believes communication plays a big part in this.  A “thinking-outside-the-box recruiter”, he is known for helping candidates portray the best version of themselves and helping clients find talent for those hard to fill roles.

HIRING NEW SKILLSETS CAN BE TRICKY...

We’re a passionate and professional team who thrive in issue-rich environment and we’re looking to add a Communication Lead to our fast-growing team. You’ll be a trusted advisor to clients across several sectors in all aspects of communication, external affairs, marketing and issues management. Coming from an agency or consultancy environment, at Account Director level or above, you’ll report directly to the Managing Director and be responsible for a small and busy multi-disciplinary team. You’ll have first-class project management skills, be solutions-driven and excellent commercial acumen too. Alongside the senior team, you’ll work to drive the strategic growth of Aspect.

Your core duties will include:

You’ll be a skilled communicator, interested and knowledgeable about the key issues shaping the external environment. In addition, to be considered for this role, you must be able to demonstrate:

We’re a passionate and professional team who thrive in issue-rich environment and we’re looking for Senior Communication Advisors, Communications Advisors and Communications Executives to join their fast-growing team.

You’ll have previous agency experience at Senior Account Manager or Account Manager level and be passionate about delivering excellent results for clients. You might be a specialist in PR and media relations who produces compelling editorial content across a range of topics and sectors or you might be a public affairs expert who understands the policy landscape and helps clients build influential relationships. Whatever your specialism, you’ll be an excellent writer, full of creative ideas, with proven client management experience and the ability to provide expert advice our clients.

Your key duties will include:

In addition, to be considered for this role, you must be able to demonstrate:

Andy has been recruiting in Technology, Change & Transformation since 2001. Delivering tailored resource solutions as trusted advisor to clients ranging from start-ups through to global blue-chip organisations across contract, permanent, fixed term, and managed service/statement of work solutions. He has experience providing candidates for Helpdesk through to CIO and takes great pride in providing excellent customer service and ensuring each candidate journey is a positive one. An expert in his market he can provide guidance across current market trends.

Our aim is to combat illicit online trade by identifying and removing counterfeits for sale. Counterfeits not only damage brands, their reputations, and revenues, but can cause significant harm to the end customer – whether as a fake toy or a fake medicine – and the consequences can be life threatening.

Counterfeiting is a significant economic and social issue.

The OECD reports that counterfeit and fake goods make up more than 3.3% of the world’s global trade. Those involved in the trade of counterfeits have been linked to people trafficking, prostitution, and drug dealing.

As such, reducing illicit trade is about much more than brand protection but also about human rights, safety, and social equity.

And this is what we do, every day.

Our people are our most important asset, and their mental well-being and happiness are core to our success. We love our diverse workforce, actively embrace flexible working (even pre-pandemic!) and encourage a healthy work-life balance. We have been recognised as one of the most diverse SME workplaces in the UK and are holders of the Scottish Business Pledge which exists to promote a fairer Scotland. We have also just been included in the 2021 Culture Leaders Top 25 – an accolade of which we are very proud!

We are a fully inclusive and nurturing employer and, despite being in tech, the majority of our team are women, leading to accolades in the Computing Magazine Women in IT Awards and the Amazon Growing Business Awards. We currently represent 15 nationalities and speak 20 languages. Age is no barrier, and we recruit for attitude, providing and encouraging appropriate learning and training for each and every role.

We are also proud members of IP Inclusive, a network of professionals working to make the intellectual property industry more diverse.

We deliver purpose-driven work from an extremely welcoming environment near the City Centre. We actively encourage the responsible use of resources, from using public transport to reuse, recycling, and, of course, a minimal impact office environment. We have benefited from the advice of the Energy Saving Trust and Resource Efficient Scotland. Our waste contractor also provides us with a monthly report on volumes and types of material and the carbon emissions avoided through recycling.

Over 80% of our employees can walk or cycle to The Lair and, pre-pandemic, 10% were using public transport as their normal daily commuting mode. Without doubt, online meetings will replace considerable miles, going forward, saving resources, time and energy. Where possible, when possible, the train remains our preferred option.

As well as working in close collaboration with our clients, and the online marketplaces, we are active members of groups that have been established to combat illicit trade. These include the Scottish Anti-Illicit Trade Group, the European Intellectual Property Office, The Scottish Business Resilience Centre, the Anti-Counterfeiting Group, and the China Britain Business Council. Members of our senior management sit on the boards of ACID (Anti-Copying in Design), the Scottish Ministerial Trade Board, and the European Union Intellectual Property Office’s Observatory Panel for SMEs, amongst others.

Each team member nominates good causes or charities that are supported on both an individual and corporate basis. Wherever possible, we support the employee’s involvement whether through time or fundraising events.

Having worked in the recruitment industry since 2000, Angela brings a wealth of experience as a Recruitment Professional and a proven track record of delivering a high-quality search and selection service to both public and private companies in the UK and internationally. Angela believes in a partnership approach to recruitment, ensuring a detailed understanding of employer/jobseeker requirements and delivering a bespoke service underpinned by professionalism, pragmatism and strong market knowledge.

James has a decade of experience within the FMCG sector where he has partnered with a wide range of businesses placing key appointments at all levels including Director/ Board level. Driving growth across our Manufacturing & Engineering function, James specialises in Production, Operations, Engineering, Quality, HSE, Technical, NPD and Supply Chain. With his passion and expertise in these areas, James supports candidates and clients by working closely to understand their needs and wants providing exceptional service.